Amazon’s Prime Video Direct is changing how it pays filmmakers… wait for it!… AGAIN. But this shift is not surprising. It was $0.15 / hr of watch time. Then it dropped to $0.06 give or take. And let’s not forget about the ranking and search changes of yore… or rather recently (read my thoughts on that).

I know, I know. Filmmakers should raise our pitch forks, grab our torches, and storm the castle. Or we can walk in a group and add those in post. But let’s face it, this pitch-fork anger is more about how hard it is to make money on films than Amazon’s change. Old money-making methods don’t work. Amazon used to be a savior to small budget filmmakers, but those days are dwindling. But they’re not gone. I really do think Amazon will continue to be an ally to indie filmmakers.

But now let’s do a role playing game. Put on this French maid outfit and pretend you’re in charge of the Amazon Prime algorithm. It’s been very bad and needs to get whipped into shape for 2020. Disobedience will not be tolerated! Amazon wants its money, and the algorithm needs to change to keep up with the modern film industry. By gosh, by golly, what changes do you propose?

Well, it all comes down to keeping the audience happy. If the audience is happy, then Amazon is happy. So how does Amazon repay filmmakers for happiness? With money of course! I am trying to view the $0.01 – $0.12 scale as a reward incentive, not a punishment.

Not all films are equal. Paying $0.06 / hr for a huge swath of films doesn’t make sense when you could incentivize filmmakers to make better films with the carrot of more money.

You can take the maid outfit off now. Or not. Up to you.

Amazon has a large library of films that aren’t just made to sell toys. It has a good library and has been overall good to independent filmmakers from the early times. But it can’t relent. Amazon needs to encourage filmmakers to make better to earn more. It needs to not spend too much money on content its users don’t want to watch. Hence the $0.01. And I’d still argue that the 1 penny is more than I’d get on YouTube. Plus my films won’t be interrupted with ads.

Who are the Customers?

First let’s remember Amazon’s customer. You know, the people with the money. Some come for free shipping (films are just a bonus), some for film entertainment, and some require both to make them join Amazon Prime. Amazon wants to SELL THINGS to people. It wants this to be habit forming. So it needs to provide! Amazone Prime videos are important, but it’s a diversified company that makes money on products.

This is going to be Hard for Some

I’ve read comments from filmmakers who know their CER (Customer Engagement Ranking). And they know they’ll make less on films next year. This can be a hard pill to swallow. To know that an algorithm doesn’t value your art as much as anothers. That the expensive and hard won film project will earn even less money in 2020.

I feel for you. That’s rough. But chin up and look forward. Lights! Camera! Scamper! And if your goal is to make money, make sure you’re making a film that can work with modern distribution. 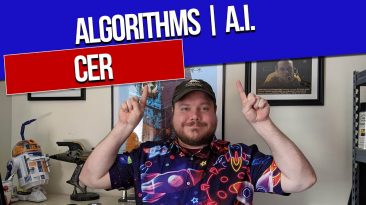 Amazon Prime Video Algorithms from the Perspective of a Developer

I’ve started creating content that is up on the J Horton YouTube channel. Why? Well, I wanted to make these anyways. He’s providing me...

The Backstory It was a SUPER long time ago of early 2019. It was a time of great suffering for filmmakers with films on Amazon Video Direct. And by...