It was a SUPER long time ago of early 2019. It was a time of great suffering for filmmakers with films on Amazon Video Direct. And by suffering, I mean change. And this was scary change because NO ONE KNEW WHAT WAS GOING ON. Amazon made sweeping changes and some filmmakers spent a lot of time and energy dealing with the fallout. Some saw films removed from the platform, disabled in place, or not showing in searches anymore. And when money and art are combine, emotions get high.

Many filmmakers were trying to figure out why some films were affected and others weren’t. I saw lots of conversations around video quality, sound quality, etc. But that’s the artist perspective. So I thought like a computer programmer and the below is mostly a copy/paste from comments I made in a Facebook thread regarding the Amazon Video Direct changes.

If Amazon created an algorithm to remove titles, you have to think of what that algorithm would look like. Yes, they have some ability to view the movie and determine metrics (specific numbers) to specific variables. Quality/content type things. Over a certain threshold, a flag is thrown. But developers love concrete numbers. Things like views, length of each view (how many bounce after 10 minutes), etc. And those are easier to get.

Think of numbers just within just Amazon. How many people found your movie in a search within a category and then jumped because it wasn’t what they expected? That number might be very different from genre to genre and be why some have been kicked out of some genre searches. Users will say Amazon’s search sucks if they don’t get what they expect. Maybe this adds to some other metric of the movie that when it’s over a certain threshold, makes the movie get kicked off prime?

Also remember that Amazon owns IMDB and Withoutabox. Both providing easy numbers. How many festivals were submitted… how big were those festivals… how many rejections? Or IMDB… do the actors in the film appear in other films, do they have images on their accounts? What about the crew? Did you put your budget in IMDB? It’s easy to make metrics of these types of questions and each little piece contributes to the whole of a movie’s metrics (internal only). It’s easy to make these metrics and their thresholds changeable if they want to clean house. And these metrics will never be shown outside of the company due to their proprietary nature.

I’d be curious of some of those with removed movies vs non removed have compared their IMDB page for the films rather than the focus being on quality and content of the film.

I will say that Amazon’s customer service on this is a pretty dick move. But it’s not specifically targeting filmmakers. I’ve coded systems that use amazon’s infrastructure (outside of filmmaking) for a website client before. After the system was made, we got kicked off their services. No good explanation, no recourse to appeal, etc.

This is how google used to be. But now Google does give access to support (as long as you’re paying them for services) and Google has improved those relationships greatly from the old days where there was no one to call and no one to email when they did something to your account.

My hope is that Amazon will eventually improve how they communicate with filmmakers… sure you might have to deal with an AI and not a real person… but even that would be progress. Maybe the real person communications will only be for those that generate enough views. YouTube does this for those with high subscribers. Agencies that sell enough Google Adwords per month gain access to a real Google person. Maybe Amazon can follow that lead.

I feel for everyone that’s had their movies removed. I plan for my first feature to hit festivals in 2021. Amazon is/was at the top of my distribution plan. I loved how they would allow most anything on their platform and let the viewers decide. I truly believe that the future of film watching will be based on searches and algorithms. And Amazon has a good start on that. By 2022… when my film will be online for viewing, who knows what platforms will be available. Maybe Amazon will have figured out and communicated what it wants from the indie filmmakers of the world by then. Until then, I plan to watch and stay up to date on self distribution models and be ready for my own films. 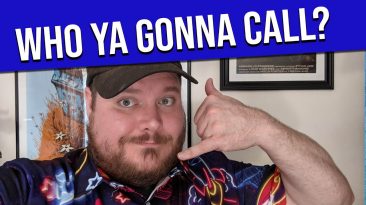 Get to Know Your State’s Film Bureau

Really… get to know the people who’s job is to help you! I’ve found the NH Film Bureau is a great resource for filmmakers in New... 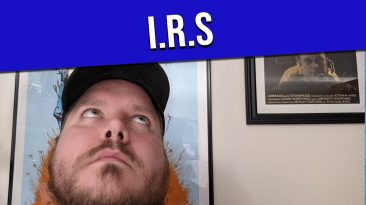 The IRS and Independent Film

I STRUGGLED with my business taxes in the years leading up to my first big production. And I made a mistake that costs me $400. That was part of the...