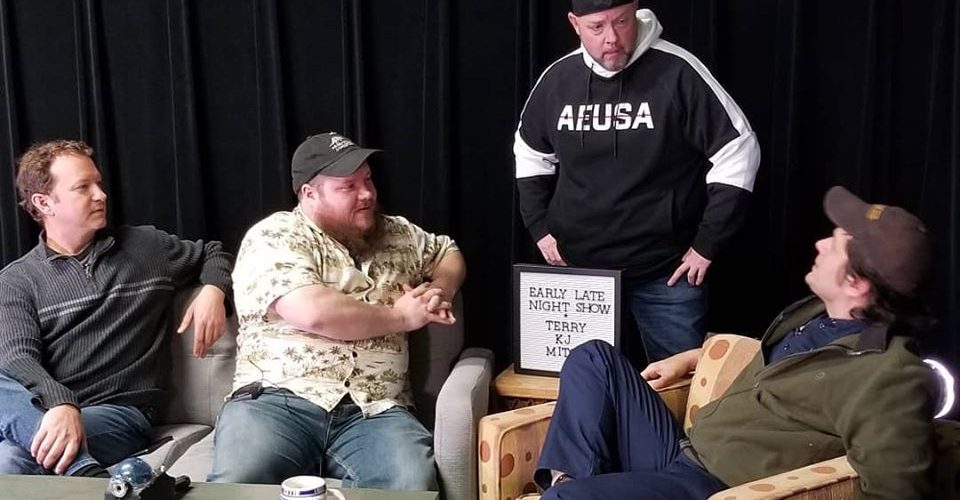 The Early Late Night Live Show is an Exeter, New Hampshire based public television show. I follow their entertainment show because it entertains me and introduces me to other artists in the area. You can subscribe to their Facebook Page or YouTube Channel to watch new episodes. Or if you live in Exeter NH, you can watch it on your local broadcast channel!

The show was going to air a couple of my 1 min film shorts for us to talk about, but due to “technical difficulties” that didn’t happen. And we switched gears on the interview on the fly to some entertaining stories of my past filmmaking attempts. The technical difficulties were fine, I had a blast, and my mom told me the interview was great. So there’s that. But I couldn’t pass up this opportunity to say, in the words of the show:

So I worked with one of the hosts, Mitch Fortier, on my scifi short film Oxygen Levels. He said something along the lines of “we should have you on the show sometime”. Fast forward, and I was.

I had been a watcher of the ELNL Show for some time, but being a guest is a very different experience. Watching Terry prep for his monologue, the energy of the cast and crew as the show is about to go Live. And I mean LIVE! No retakes, editing done real time, and the commercials and sketches that are played in between segments are meant to give us time to change around microphones, seating arrangements, and more.

Live is not my jam. Same reason why you’ll never see me filming a wedding. I like being able to tell an actor “let’s do another take”. Kind of hard to do that to a bride after she’s said her vows. I give kudos to those that do live events, because those events would terrify me.

Terry, KJ, and Mitch do a great job interacting, unscripted, with each other on set and giving the show it’s great vibe. I hope that this isn’t my last visit on the show.

This interview was done after COVID restrictions and before production on my upcoming Rockets In Space: Rescue Above Neptune film. Not as fun as in...